2008 Capital Fringe Festival Audience Choice for Best All Around, “The Sticking Place” 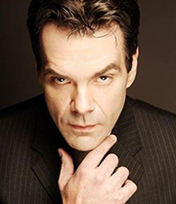 As co-founder of Molotov Theatre Group, Alex is DC’s foremost authority on the Theatre du Grand Guignol, and its contributions to contemporary theatre. He was also founding Managing Director of Lean & Hungry Theatre, which performs radio drama adaptations of the classics of English literature. In addition to operating Molotov Theatre Group, Alex is responsible for most of the fight choreography and special effects in the company’s productions. He is a union actor, an acting coach and a graduate of the Studio Theater Acting Conservatory. 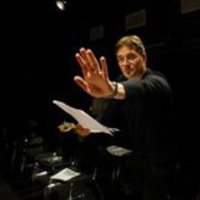 Richard J. Hand is Professor of Media Practice at the University of East Anglia (UK). He is the co-author of books on Grand Guignol horror theatre, horror radio drama, horror film and other subjects. He has published translations of French plays, including works by Victor Hugo and Octave Mirbeau. Richard has regularly appeared on British and American radio and television, usually talking about horror in all its glory. He is included on the special edition DVD of Tim Burton’s Sweeney Todd. As a theatre director Richard has directed stage and radio plays in the UK and US, including commissioned works for the Abertoir Horror Festival, annual Halloween performances for Cardiff city council and a recreation of the Victorian stage effect ‘Pepper’s Ghost’ in the original auditorium in Regent’s Street in London where the illusion was first presented in 1862.

Together with Molotov Theatre Group and DC Public Schools, Jennifer piloted a common core curriculum-based performance and literacy program, “Shakespeare Flesh and Blood,” engaging students in the action and suspense of Shakespeare in the context of Grand Guignol Theatre. High school students at Ballou STAY in Congress Heights presented the program to an audience including DC Councilmember David Grosso at the DC Politics and Arts Jam in March 2016.  Jennifer is an English Department Chair and Curriculum Developer for DC Public Schools. She has a Masters in Education from CUNY, Hunter College and a Masters in Drama from the Royal Conservatoire of Scotland. Jennifer is now developing a similar literacy program based on the works of Edgar Allan Poe. 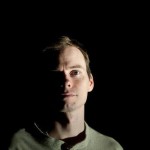 David is excited to be part of the merry band of sick bastards that is Molotov. He has been acting and directing at various theaters in the DC metro area for the last 15+ years, among them Signature Theatre, Source Theater, Silver Spring Stage, and Rockville Little Theatre. David has studied at Studio Theatre and Shakespeare Theatre Company.